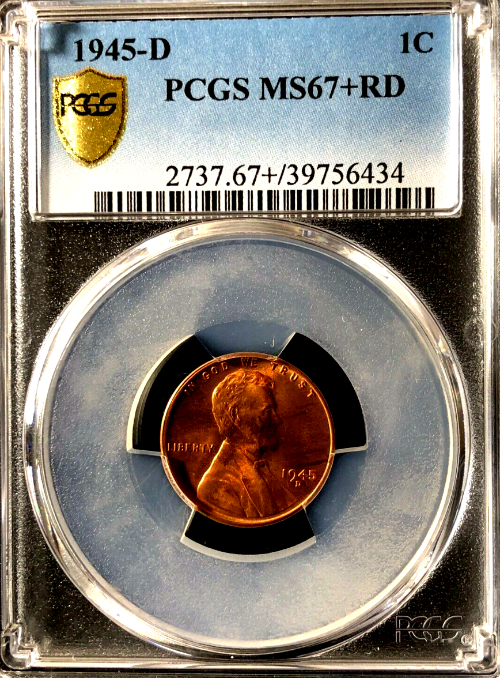 The 1945 Wheat Penny (also known as a Lincoln Penny) is one of a set spanning the years 1909 through 1958. It features an image of the popular president, underneath the motto; ‘In God we trust.’

Abraham Lincoln was chosen as a subject for the penny to commemorate the 100th anniversary of his birth.

On the reverse, you’ll find the denomination in large lettering, along with ‘E pluribus unum’, which means out of many, one.

Here’s everything you need to know about the 1945 Wheat Penny, from the different types available to a buyers guide if you’re planning to start a collection yourself.

The ‘45 Wheat Penny is fairly common, and that goes for any grade. Produced during WW2, they used bits of recovered ammunition shells as part of the conservation effort. As such, they’re a real piece of U.S. history, and they are always popular with collectors.

The shell case penny is made with a 95% copper and 5% zinc mix, instead of the tin which was normally used for coins during the era. Lincoln pennies were produced in three locations: Philadelphia (no mint mark), Denver (D), and San Francisco (S).

Here are some basic stats and info about the 1945 Lincoln Penny: 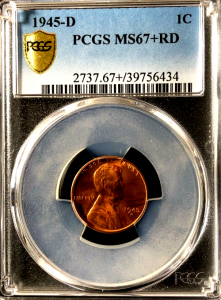 There are three 1945 Wheat Penny types, deriving from the area in which they were produced. We’ve made a note of the separate circulations below, but it’s worth noting that many have been lost or destroyed over time.

All three share the same design as described above, but there is a way to tell the difference between each one. 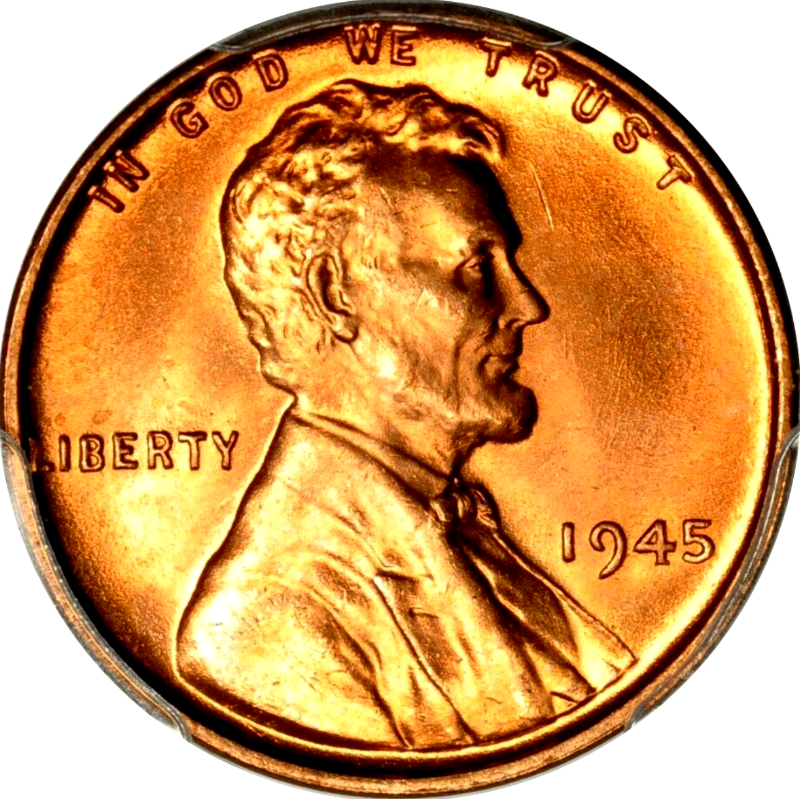 The base coin was minted in Philadelphia, with 1,040,515,000 made overall. Given the sheer numbers produced, it’s not particularly expensive to purchase, with plenty of pristine versions available.

The lack of a mint mark is actually the main identifying feature, separating it from the others. This can be found by checking under the year found on the front of the coin. 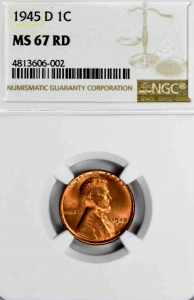 Next up is the 1945-D Penny. This coin is scarcer than the unminted version, but 266,268,000 is still a significant number. They’re fairly cheap, and that includes the best editions on the market.

You can tell the difference thanks to a small watermark found under the date. As you might expect, it’s D for Denver. 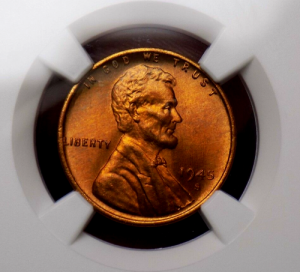 San Francisco is the final version, with the rarest coin of the three. As with the type D, you’ll be able to tell the difference thanks to a small watermark found under the date. This time, there’s an S. As with the others, it’s inexpensive thanks to the high numbers produced in 1945. 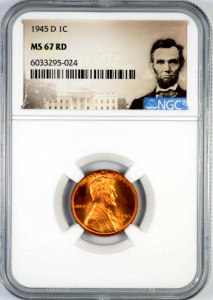 The 1945 Wheat Penny is a great entry-level option if you’re just getting started in the hobby. All of the coins are pretty abundant, with even the San Francisco version being produced in the high millions.

Must Read: Coins Worth Collecting

Any of the coins can be picked up for a low price, ranging from a few cents, to roughly 60 dollars if you want the shiniest, rarest version possible. It’s worth keeping an eye on recent auction prices to get a better understanding of the market, and exactly what a particular coin is worth. 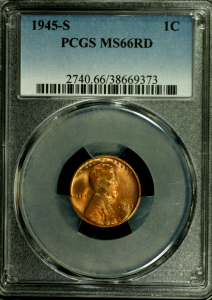 We look to only invest in the highest grade specimens possible (look for PCGS and NGC grades as they are seen as the best overall).

Uncirculated grades are always popular, as it’s not especially difficult to complete the 1945 Wheat Penny series without having to pay an extortionate amount to do so. Much of the attention is placed on more popular editions, such as the 1943 coin, which was produced with steel by mistake.

Trending: Coins Worth Investing In

Nonetheless, graded versions of the 1945-S Penny are still a decent investment piece, and slowly continue to rise in price each year. There is a small element of risk because the melt value is so low in comparison to the prices for a good copy, but they’re unlikely to dip significantly in the future.

Their association with the war has helped them to gain popularity, while Lincoln himself is always a popular conversation starter. There are a number of forgeries on the market, so be especially careful when looking at uncirculated grades that are being offered at a price that is too good to be true.

The same goes for damaged coins, which are often passed off as ‘special versions’. 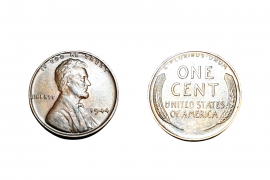 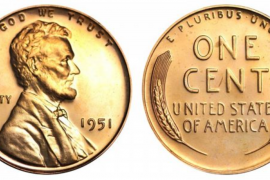